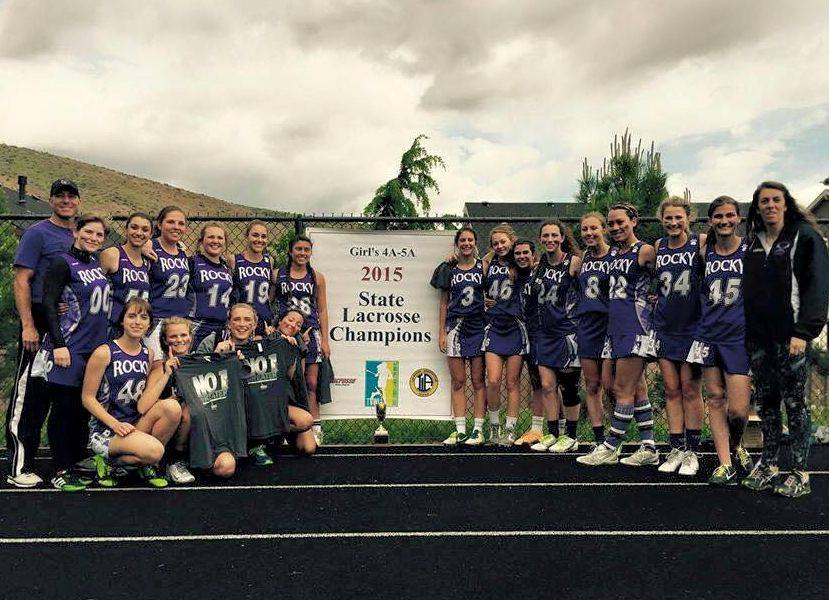 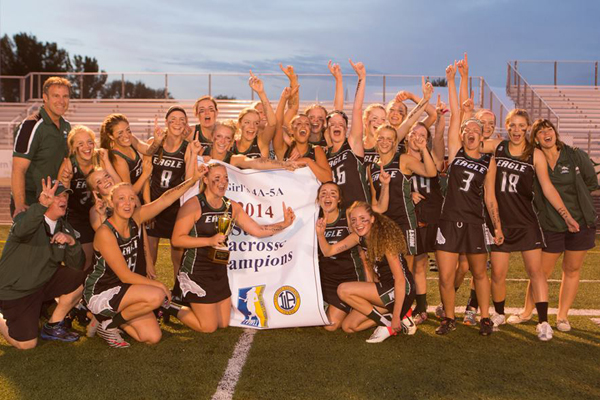 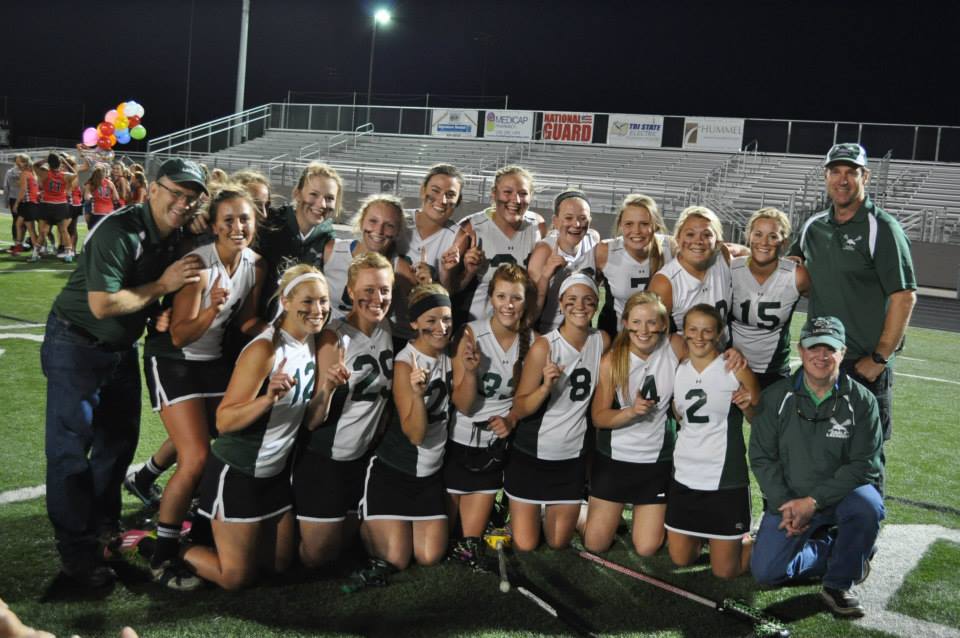 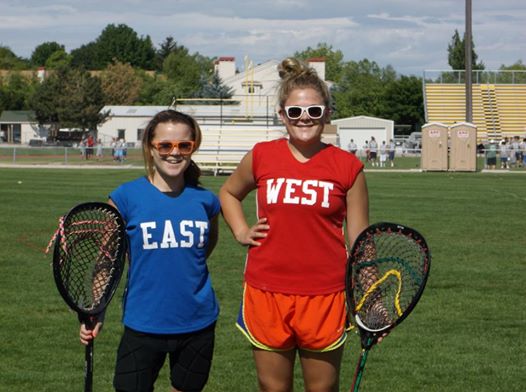 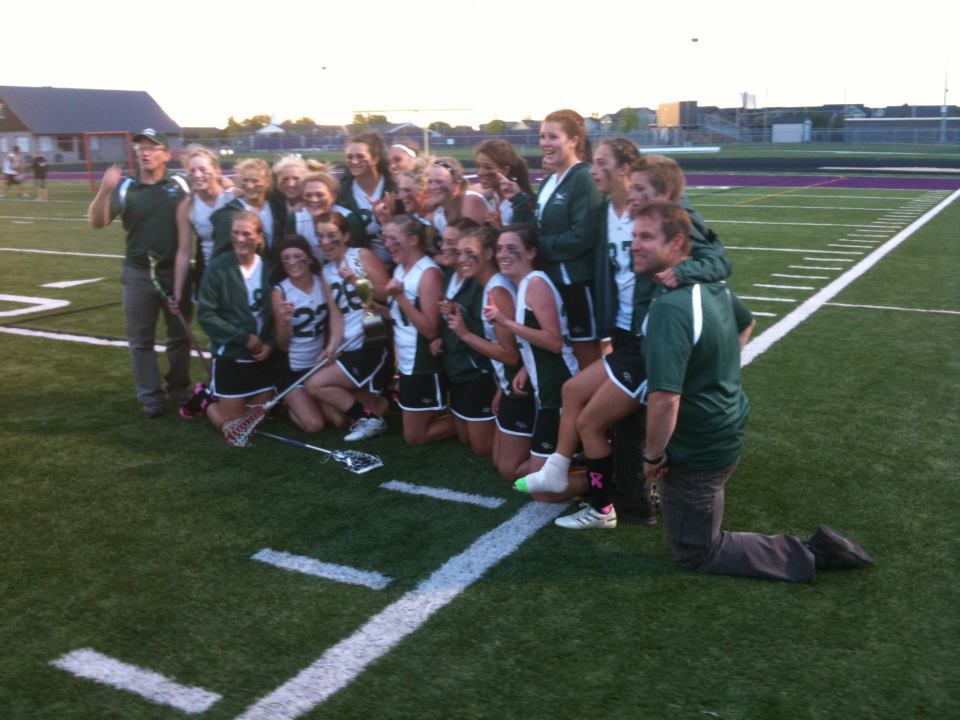 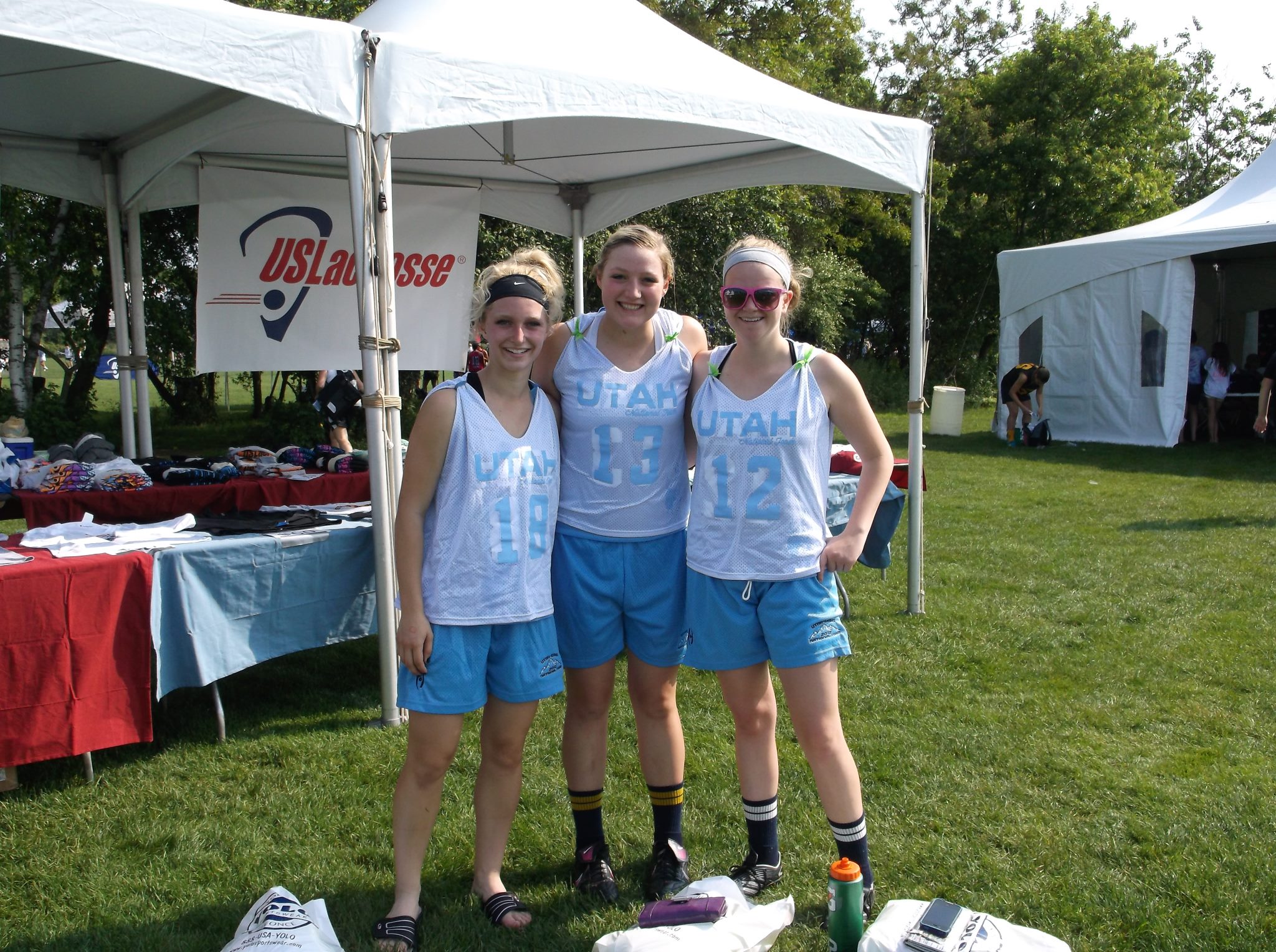 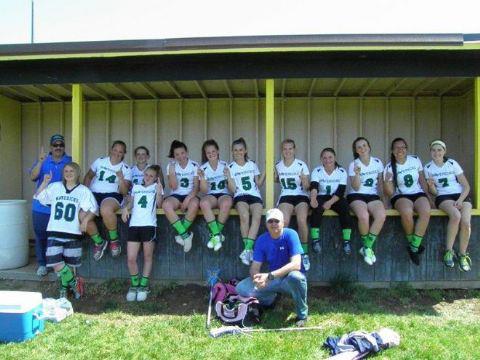 Thunder Stadium at Eagle High was the site for the 2011 finals, and the fans wear treated to a pair of great games at this outstanding venue.  In the 3rd Place game, Eagle edged Boise 10-8. In the Championship game, Centennial and Bishop Kelly battled to a 12-12 tie at the end of regulation. A 6 minute overtime period was played, with BK getting the win, 15-13 in a contest that could have gone to either team. Thanks to Murray Owen and to Eagle High School administration for allowing the TVWLL access to the stadium. 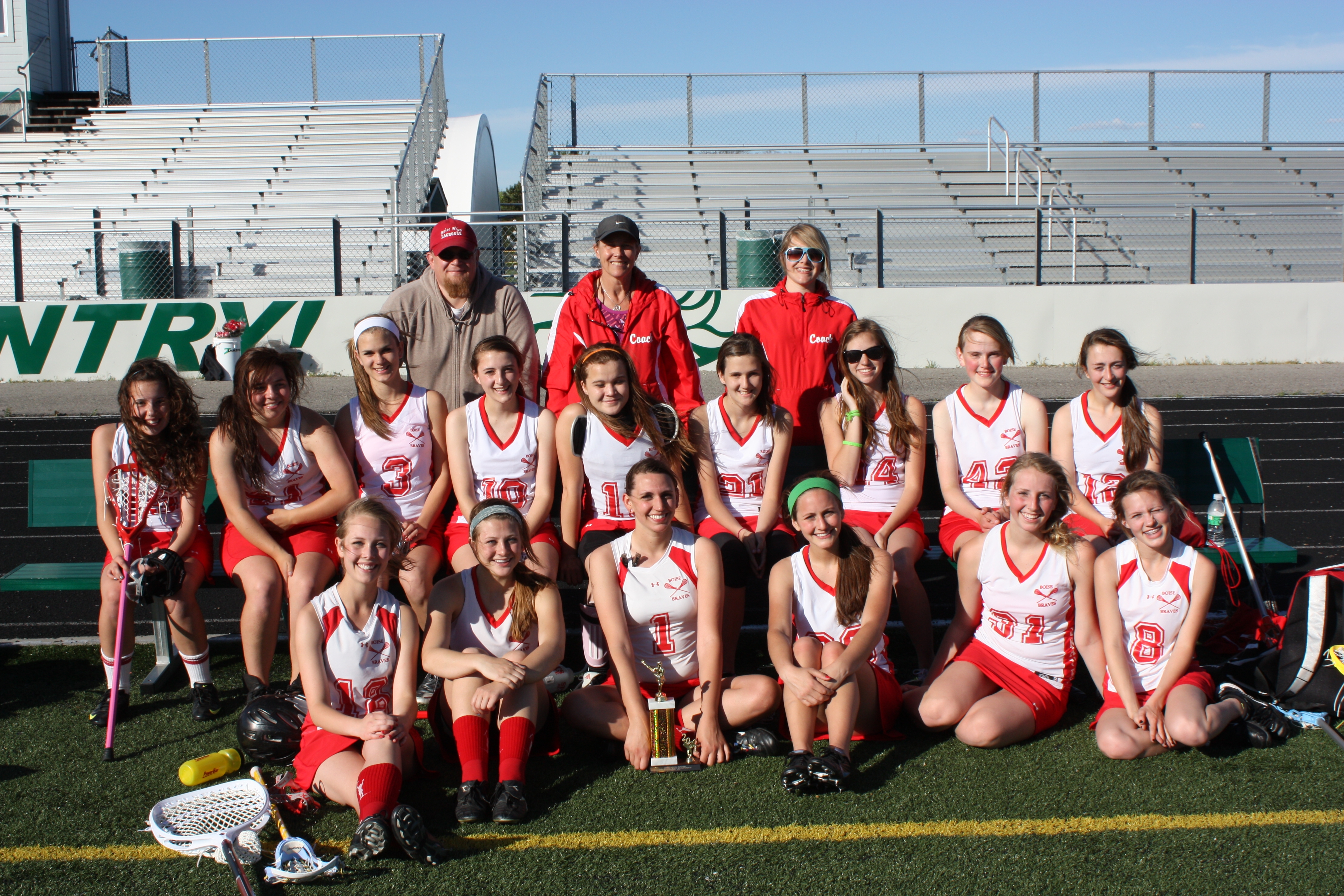 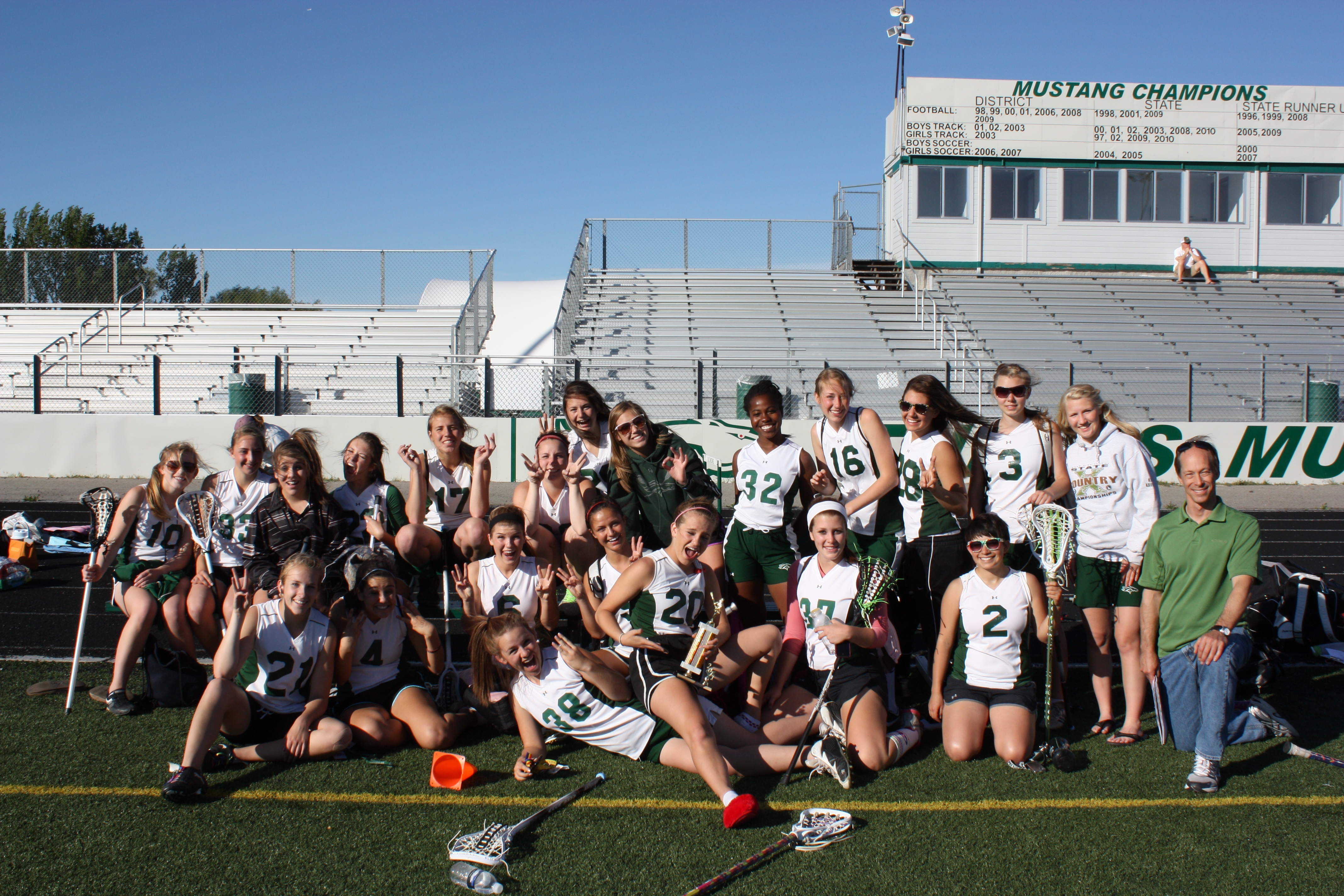 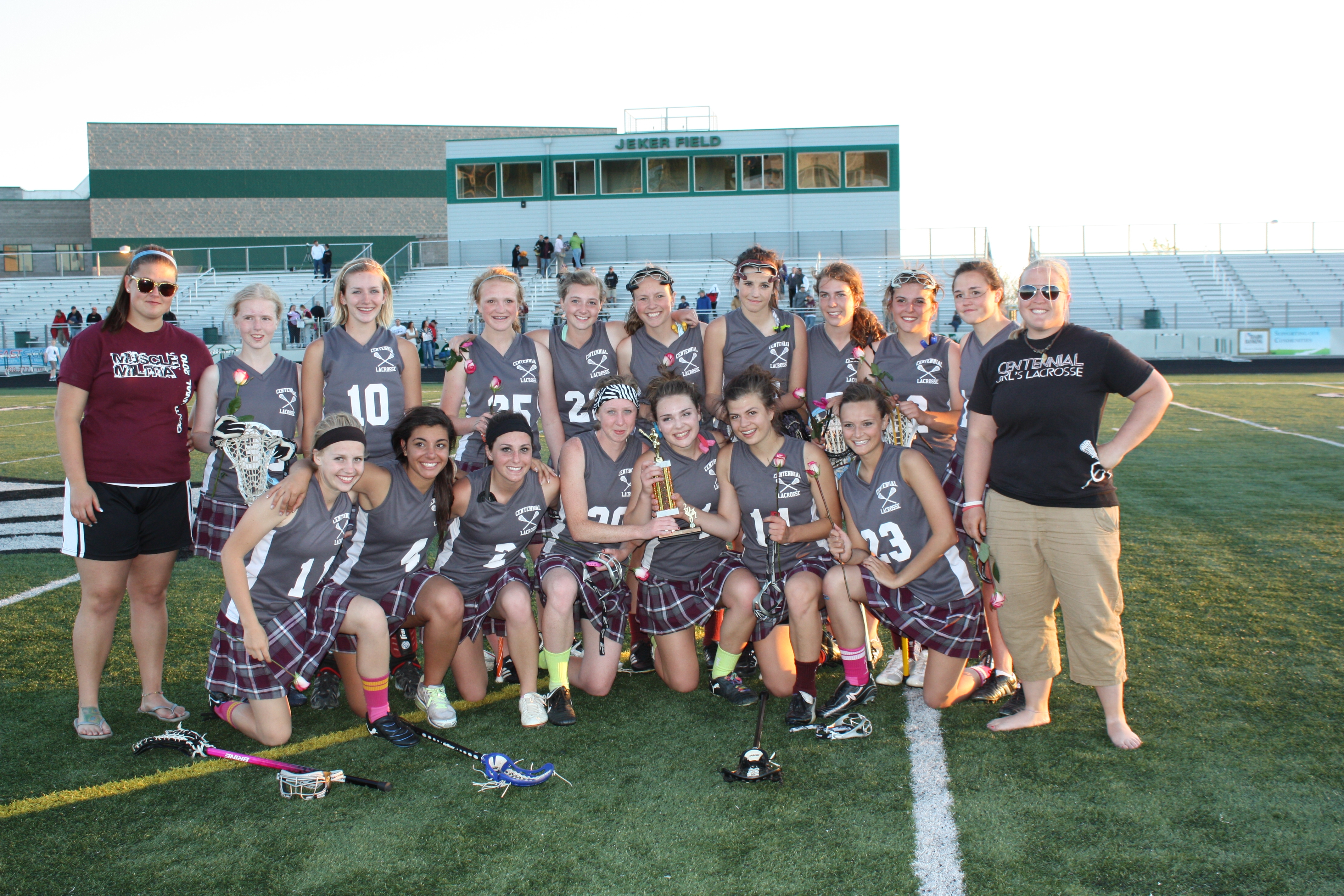 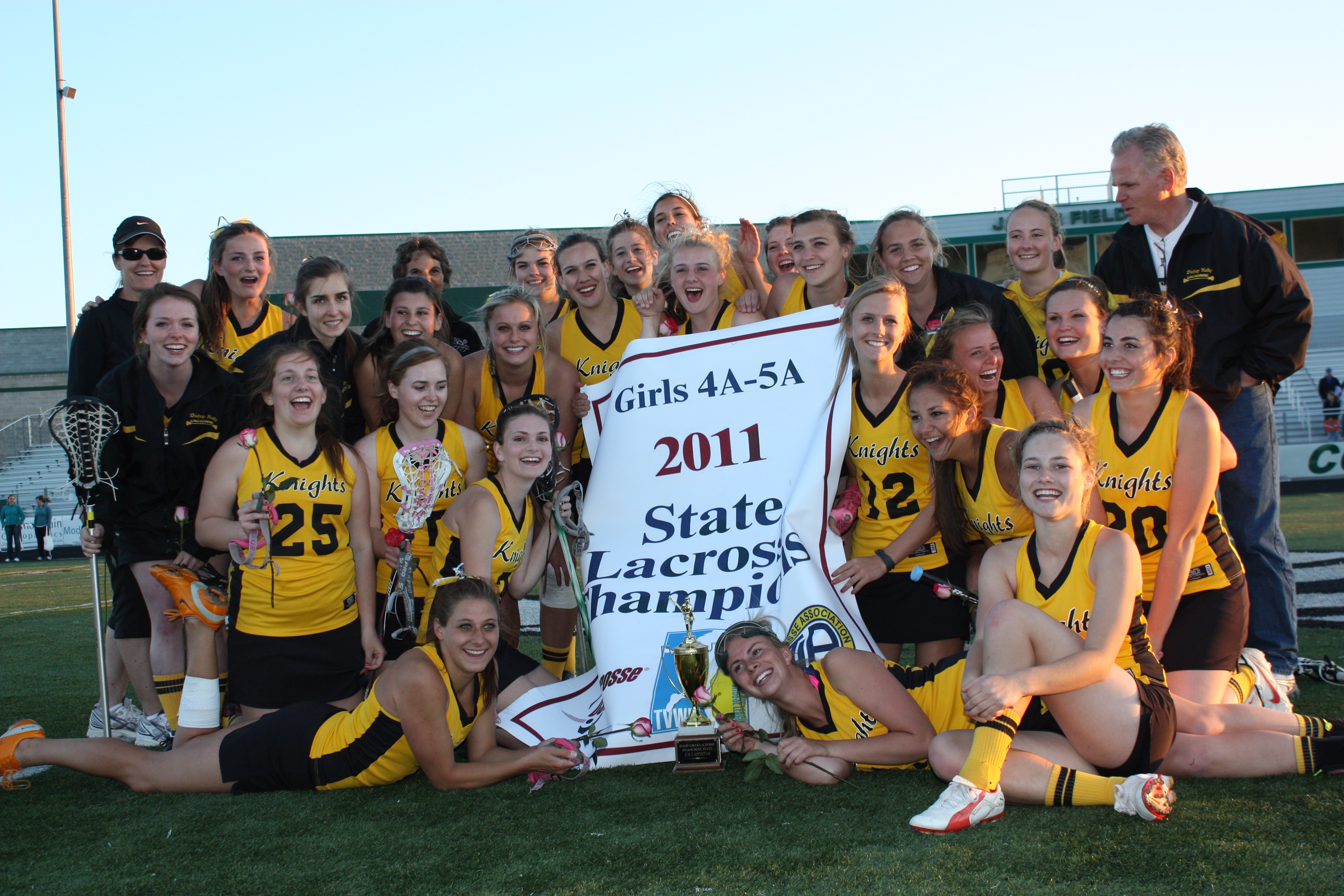 Registration fee is $30.00.All participants must be current US Lacrosse members (membership # required).

Eagle High senior Erica Owen has been named to the U.S. Lacrosse 1st Team All-American squad it was announced today.  Owen, a senior midfielder, learned of the honor during a halftime ceremony at today’s TVWLL Annual All-Star Game.

“Erica is one of those unique players who can play both ends of the field and raise the level of play of all her teammates,” said TVWLL President JoJo Brunelle. “She is very deserving of this recognition.”

Owen has been a key member of the Mustang program for the past three seasons as the squad amassed a nearly flawless record.  Bishop Kelly senior Sarah Hassell was selected to the All-American team as an Honorable Mention honoree.

TVWLL ALL-STAR GAME SET FOR SATURDAY JUNE 5
The 2010 TVWLL All-Star Game will be held on Saturday, June 5 at Bishop Kelly High. The game will begin at 12:30 p.m. and take place on the BK Lax Field behind the Carley Center.

Established in 2005 by Jeff Brunelle and Rob McQuade, this post-season match honors the sport of women’s lacrosse by featuring top players from each team in the TVWLL. Brunelle and McQuade, both graduates of Bishop Kelly in 2004, saw the need to recognize the outstanding female athletes who were choosing lacrosse as their spring sport.

Players in this year’s all-star game were chosen by coaches from among more than 250 student-athletes who competed in the TVWLL in 2010. 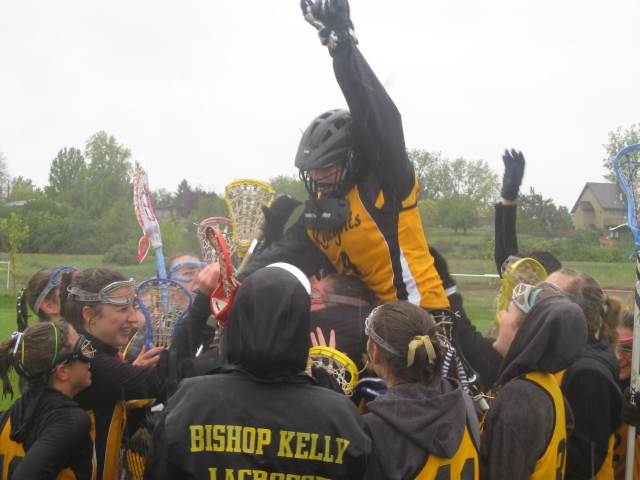 After defeating Boise High earlier in the week, Coach Ohran Schlund and his Borah Lions faced back-to-back games against TVWLL Champion Eagle and perennial power Centennial. His squad fell to Eagle but put on a top performance against Centennial to take 3rd Place in the 2010 Idaho State Girls Lacrosse finals.

The Lions were paced by Emily Russell, Max Steed-Elliott and Kassi Schlund in the scoring, and goalie Shayla Lindsey came through with 15 stops.  For Schlund, who has taken Borah to the Final Four twice in just two seasons at the helm, beating Boise in an upset and Centennial in the same week marked a highpoint for the program.
May 22, 2010
2010 TVWLL SPORTSMANSHIP AWARD: TIMBERLINE HIGH

The Timberline Wolves earned the highest level of respect from their competitors this season and received the 2010 TVWLL Team Sportsmanship Award. The trophy was presented to team representatives Brad Eidam and two Timberline players during the recent State Championship match.

The Wolves, who played a non-counting league schedule in 2009 while organizing their return to the league this season, exhibited respect for the sport of lacrosse and for their opponents throughout the season while becoming increasingly competitive in each match. Congratulations to Timberline! 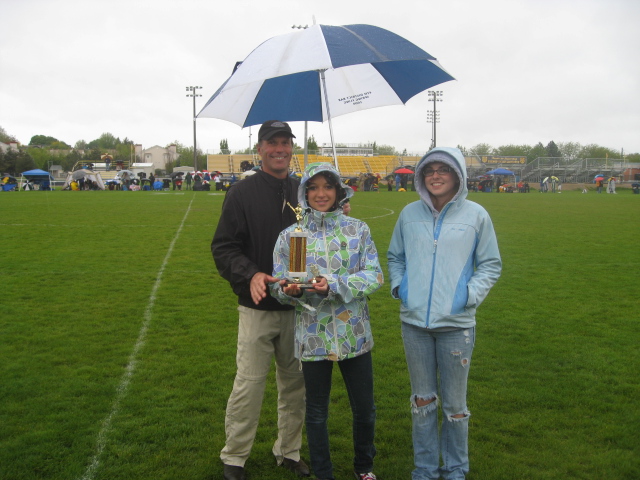 Bishop Kelly and Eagle met in the championship match of the TVWLL Junior Varsity tournament on Saturday with BK escaping with a narrow 8-7 win. The close match was played before an enthusiastic crowd at Eagle Middle School on Saturday afternoon.

“Both team deserve to be congratulated on their successful season and for putting on a great show,” said TVWLL president JoJo Brunelle.  “Murray Owen and Norine Castle are to be thanked for hosting the JV games today. As always – EMS looked great! Way to bring the warm weather and sunshine!”

The JV championship match was preceded by a pair of exhibition matches featuring a team from Eastern Idaho, blend of athletes from Idaho Falls and Pocatello.

“Special thanks to Jonathan Chamberlin (Rocky Mountain) and Norine for organizing the intermixed scrimmage with your players,” added Brunelle. “I think the Eastern Idaho players, coaches and parents were pleased with our hospitality and of course the nice weather!” 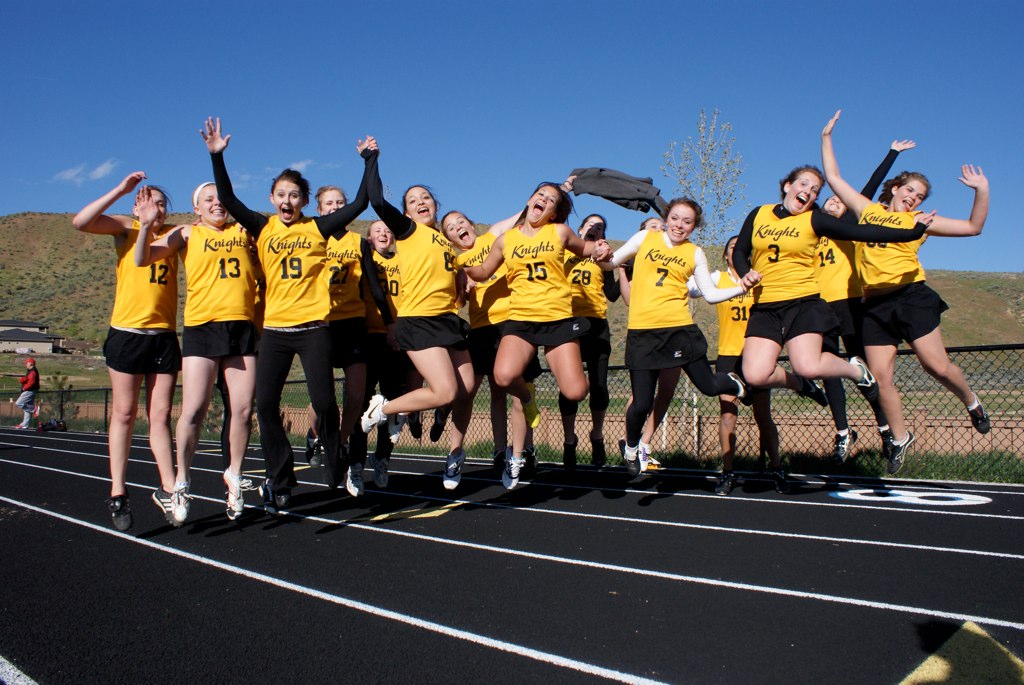 The field is set for the TVWLL Junior Varsity tournament. The four-team event will begin on Thursday, May 13, with two games on the Bishop Kelly Lax Field:

A set of exhibition games is scheduled for Saturday, May 15, at Eagle Middle School involving two new teams from Eastern Idaho.  The Pocatello and Idaho Falls squads are in their first year and coming to gain experience competing in game situations against TVWLL JV teams.

Eagle senior Erica Owen was recently honored as “Athlete of the Week” by KIVI Television. This well-deserved recognition is appreicated by the TVWLL and Erica is a superb example of the caliber of athlete — and person — we have in our league. Special thanks to KIVI Sports Director Amanda Maynard for considering a TVWLL player for this award.

The Idaho Statesman is including Girls Lacrosse in its weekly “Athletes of the Week” blog post, which is very much appreciated by the TVWLL member schools. BK senior Sarah Hassell and Eagle senior Paige Castle have been recognized in recent weeks. The TVWLL thanks Jesse Zentz for including our athletes for this weekly honor.

The Treasure Valley Women’s Lacrosse League is represented across the spectrum of NCAA Lacrosse this spring with former players at all levels.  There is also a former TVWLL player who completed her eligibility and is now on the coaching staff of  an NCAA team.

Chani Taggart (BK ’07) is a junior midfielder playing for the Regis Rangers (Denver, Colo.). The Rangers are an Independent team assigned to the South region.

NCAA Division III
Jess Van Doren (Boise ’05) is an assistant coach for the Colorado College Tigers (Colorado Springs, Colo.).  Jess had an outstanding career as a goalkeeper for CC, which plays as an Independent team.

Congratulations to the Eagle Mustangs and Bishop Kelly Knights for representing the TVWLL with outstanding performances at the 2010 Beetdigger Lacrosse Tournament in Salt Lake this weekend. Both teams went undefeated (3-0) in pool play and advanced to the Final Four, a single-elimination bracket for the top four teams. BK lost to Alta UT (11-4). Eagle actually tied Olympus UT (9-9), but lost on the tiebreaker, which gave the victory to the team that was first to score in the match (is that normal?).
Alta then edged Olympus in the final game. Nice job by both Idaho teams!

The March 2010 Issue of LACROSSE MAGAZINE includes national roundup of prep lacrosse, and the focus for Idaho is the TREASURE VALLEY WOMEN’S LACROSSE LEAGUE and a quote from league president JoJo Brunelle. LACROSSE MAGAZINE has a circulation of more than 250,000. 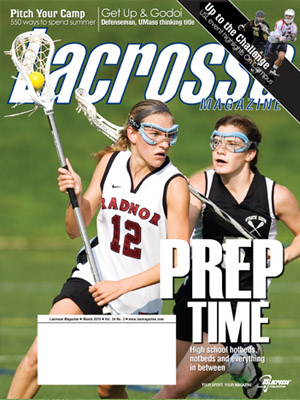 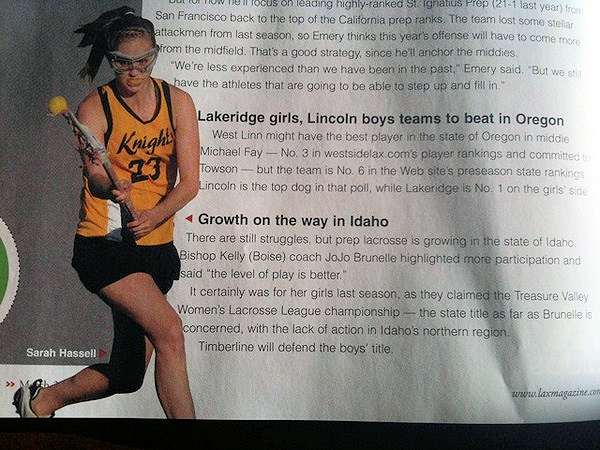 The TVWLL registered a record 285 players this season as participation in girls lacrosse continues to rise at the prep level in Boise and nationally.

Nine Treasure Valley high schools compete in the TVWLL, with a full slate of varsity and junior varsity teams filling out a schedule of more than 100 games to be played this spring.  Area schools include Bishop Kelly, Boise, Borah, Centennial, Eagle, Rocky Mountain, Skyview, Timberline, and Vallivue. More information is available at www.idaholacrosse.org.